June 2021: The 19th of June 2021 is the national road safety day in Germany. Press release: New Spike in Cases of Driving without a License
MOVING has been warning about this issue since 2019. Driving without a valid driver’s license poses a major risk to road safety on German roads and is rooted all throughout the
various age groups. Therefore, MOVING International Road Safety Association e.V. wants to emphasize the importance of this problem on this year’s Road Safety Day, on June the 19th: “The phenomenon of driving without a license has increased dramatically. We would like to raise awareness about how many people put other people’s lives and their own at risk by driving without a valid license. And not just in Germany. Because driving without a license is not just a regional problem.”

March 2020: joint statement (by Degener Verlag, Verlag Heinrich Vogel, Verkehrs-Verlag Remagen and MOVING) on the topic: Possible uses of simulators in driving school training now and in the future [GER].

January 2019: statement regarding the plans for driving exams held on cars with automatic transmission [GER]

2018: joint demands toward policy makers [GER] (letter from various associations around driver training, to the current German minister of transport)

MOVING welcomes the planned and urgently needed reform of the driving instructor law. The basis of optimal driving training is a comprehensive training guide for driving instruction that more closely links theory and practical training. It calls for a modernization of driver training that allows the use of modern technology in driver training, for example the use of driving simulators as part of the training.

Further demands are to regulate the entrepreneurial regulations and exceptions for driving schools uniformly throughout Germany. We also welcome a uniform nationwide regulation for the supervision of driving schools.

The EU Directive 2003/59/EC on the initial qualification and periodic training of professional drivers does not prohibit the use of e-learning. When transposing the directive into national laws, some EU member states have provided for the possibility of completing parts of professional driver further training in the form of e-learning units. In Austria, for example, entire areas of knowledge (modules) can be completed entirely by means of e-learning. From MOVING’s point of view, the implementation by means of a blended learning approach is more target-oriented and efficient than pure e-learning.

Despite falling numbers of accident victims, the 18 to 24 age group is still by far the most vulnerable age group in road traffic. Training in driving schools must be optimized to better prepare young drivers for independent driving.

On the initiative of MOVING, the joint recommendations [GER] were drawn up by over 40 experts familiar with implementation practice and submitted to the BMVI (German ministy of transport) in 2014. 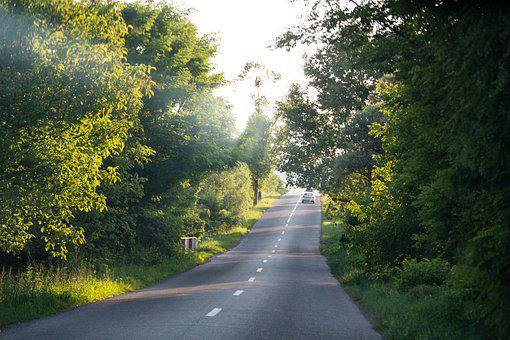