MOVING – is a federation of national and international traffic publishers and companies working professionally in the field of road safety education, who have formed an association based in Berlin. Since 2012 MOVING and its members seek to contribute to organized road safety. Focus of our work is to promote education and accident prevention in the fields of road safety, traffic safety education and training, including the associated training and testing procedures in Europe and worldwide. MOVING is an affiliated member of CIECA/The International Commission for Driver Testing (Brussels) and a member of ETSC/European Transport Safety Council (Brussels).

12. June 2019: MOVING raises awareness for the general problem of driving without a valid license. This issue does not only but all around the world. We want to encourage non-governmental and governmental road safety institutions to gather data on the topic and evolve ideas to tackle the problem.  Read more in our recent press release and the Chart of the Month.

16. August 2018: MOVING is glad to present you to new and interesting insights in our daily work in English today. Form now on you can find two new documents in the facts & figures section on this page.

First, we did put together a little introduction of our organization and Goals in the MOVING Image Brochure.

Also, we want to put your attention on the first English version of our MOVING Driving School Report 2018, offering a detailed overview on the German driving school industry. 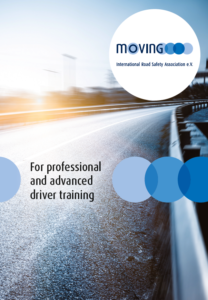 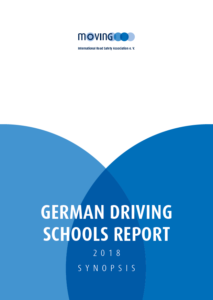 24. October 2016: The 5th October 2016, DEKRA-Spain with the collaboration of MOVING and the national Spanish Member ETRASA, celebrated in Madrid the presentation of the DEKRA European Road Safety Report 2016. It has been the first time that this Report has been presented in Spain. Read more.

24. October 2016: Since MOVING is very interested in new methods of teaching for young drivers and ways to integrate new technology in their education, we commissioned a study on the subject of the use of driving simulators in driving schools. The study was carried out by the Institut für Automobilwirtschaft (Institute for Automotive Industry) and presented at the CIECA Congress in Madrid in summer. Read more.

Read more in the press release (only in German).

Recommendations handed over to Ministry

Recommendations for a revision of the legislation have now been handed over to the Parliamentary State Secretary of the German Federal Ministry of Transport and Digital Infrastructure, Dorothee Bär, in the margins of the award ceremony of the young drivers’ initiative “Hallo, Zukunft” presented in Berlin. Read more (in German)

Recommendations have been handed over to State Secretary Dorothee Bär

The European Transport Safety Council (ETSC) has published the latest PIN Flash Report No. 27 today. Around 240,000 car occupants were killed in road collisions in the EU in the years 2001-2012. There was a reduction of 55% from 2001 (27,700 in 2001) to 2012 (12,345 deaths in 2012). The report shows the EU member states with the highest reduction rate in killed car occupants. Finally, the report gives recommendations to member states and EU institutions how to go on with this trend. One of the key recommendations is “Improve learning and qualification systems for novice drivers” – a recommendation MOVING strongly supports, because novice drivers still remain the road user group with the highest risk of being killed or injured.

Quote of the month

“About half of the driving schools are taking precautions to be prepared for another lockdown. The most popular precautionary measures are saving, building up reserves and adjusting investment behavior. This form of provision is particularly popular among small driving schools and driving schools in rural areas. 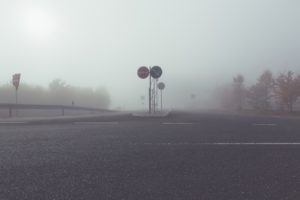